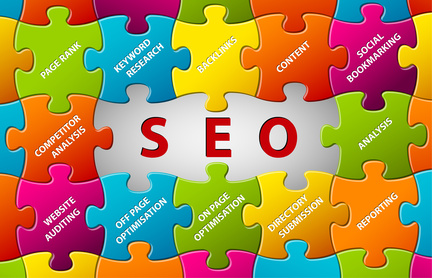 Larry Page, Google’s co founder, developed the gold standard for algorithms, the PageRank system, in the company’s early beginnings. Page, and perhaps the rest of the crew at Google, perhaps never had a clue as to how important this algorithm would play as an Internet marketing tool. That was the original intent, of course, but the depths to which the company has gone since that time to produce a trend setter in search engine optimization, or Seo, has proved the validity of such an effective online marketing tool, and has kept millions riveted ever since.

The company has its roots firmly established in California, with its headquarters a sprawling campus that is mowed each day by goats instead of lawn mowers. The goats, which are rented from a nearby grazing company, are a shining example of the power of Google to create new uses for things and to expand upon current concepts and make them brand new once again. The company’s foresight, knowledge, expertise and innovation have truly paved a clear path for others to follow. And while others are following, the question is out there of whether Google actually will ever be surpassed. It is hard to tell, since the company has such a strong share of the market.

Google has even made a name for itself in other realms in which it has no formal education, experience, training or ownership. Take Twitter, the social media empire, as an example. The company’s first ever tweet, which was binary code for I am feeling lucky, made headlines when it came out Feb. 26, 2009. Through its own knowledge and breadth of exposure online, the company is making strides in every area possible to ensure its customers are truly satisfied.

Through Google rankings, millions of users each day learn what they wish to know about products and services. They find tools useful to them, providers willing and able to help them, and connections to grow their own networks. Through downloading apps to their mobile devices and tablet computers, the estimated 70 million users who do as of 2012 also can use Google through these devices too. This helps the typical user, since about 48 percent already say they use Google and other sites through their mobile devices to look up product information and read reviews. It just goes to show the power that one company can have over the entire online world.